Common Types of Construction Contracts And Their Use

The Foundation In Any Construction Project 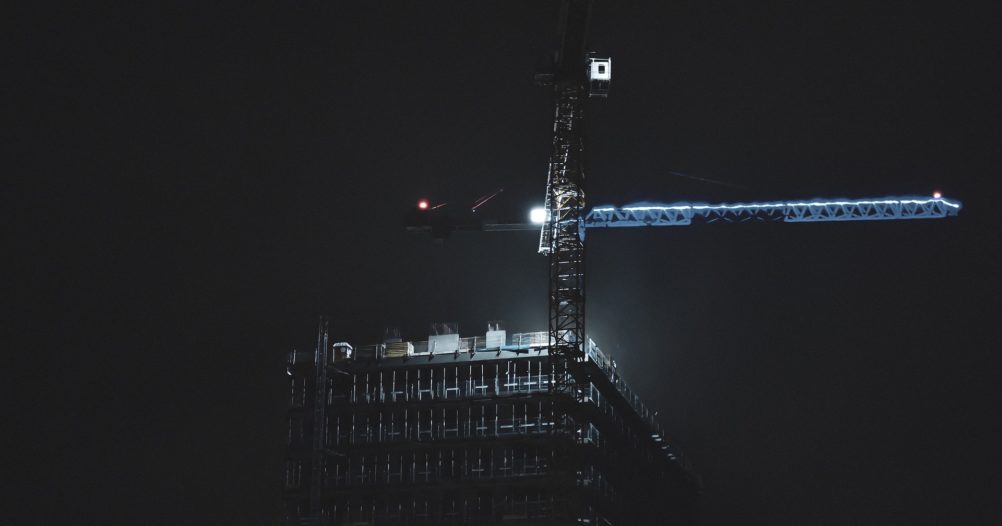 You are here: Home / Division 01 - General Requirements / Common Types of Construction Contracts And Their Use

Construction projects are a conglomeration of various parties that all need to work together. Working together requires that each of the team members know their roles and responsibilities and what they are required to deliver. A construction contract is a tool that you can use to help outline these requirements.

What exactly is a construction contract, how can it be used and what are the different types?

A construction contract is a document that outlines the roles and responsibilities between two or more parties on a project. It is a legally binding document that the groups agree to at the start of a project and are held accountable to throughout.

The contract can take many forms and formats. It can be complicated or simple and tailored to your project. No project is the same and no construction contract should be the same because of that. Whether it’s an industry template or your own there’s plenty of options for you.

A construction contract should include information such as:

As not every project is the same, there are various types of contracts between the owner and contractor which depending upon which is chosen can change your responsibilities drastically.

The different types of construction projects include:

Below I’m going to walk you through the details of each as well as provide some real world examples. When utilizing each of these contracts it’s important to have someone knowledgeable in contract law prepare them – a lawyer or accountant should help review the nuances.

Purchase Our Construction Contract Template Today and Save Time and Money on Your Projects.

A lump sum contract is one of the oldest and simplest types of construction contracts. This type is often used by governments and in simple residential construction.

I would recommend a lump sum contract type if you’re looking to get moving quickly on a project and have a complete design. These are great for usage on simple residential and commercial construction projects.

As we move through the various contract types I’m going to keep the example consistent. For the examples I’ll be using a 10 storey office tower as the example building.

Utilizing a lump sum contract the owner would likely have engaged all of the consultants in advance and have a relatively complete design. Each component of the building would be outlined either in the contract documents or the scope of work.

The contract would be solely based on those documents and the scope of work. Meaning each door, wall, foundation type, mechanical unit, exterior wall system would be outlined in detail. Any change to, deviation or omission on those documents would be the responsibility of the owner to cover the costs.

While this contract type seems risky, it’s been in use for hundreds of years and only recently have alternative contract types started to be put in use in our industry. There are advantages and disadvantages to it which can include:

Construction Management contracts were introduced in the 1980s as a new way to manage construction contracts. Unlike their lump sum counterparts they encourage a more collaborative approach to construction.

Once the budget is provided the contractor engages subcontractors to perform the scopes and manages the owners money. Because the contractor has had to opportunity to build their own budget and the team is relying on their experience to fill in the gaps there can be less pressure on the contractor.

There are a few different types of construction management contracts but the two major ones are cost plus and guaranteed maximum price.

As a former contractor a cost plus contract is really the holy grail of contract types with little risk!

As the design progresses the owner may opt to take the guaranteed maximum price option – locking in a number and providing themselves with cost certainty.

Pros and Cons of Construction Management

The nice thing about a construction management contract is that you’re relying on the contractor to be competent at what they do. This can have it’s pluses and minuses:

We all know that one contractor that complains about how bad designers are. The great thing about design build construction contracts is that it puts the contractors in charge of the designers and consultants.

A design build contract is similar in nature to a construction management contract where the contractor is required to take a leadership role in the project. The major difference however, is that the contractor engages the consultants and provides a complete proposal to an owner.

Unlike construction management contracts and lump sum contracts the owner typically issues a request for proposal at the start of a project. Contractors and consultants partner up to create proposals feature in different designs and prices for the owner. The owner then selects a team to design and construct the building.

The request for proposal will contain some high level variables that the project teams must stay within in, these can include price, design requirements, timeframes, etc.

Utilizing the office tower example, an owner may have a vision for an office tower. They would start the process by issuing an RFP to a prequalified list of contractors.

The RFP may outline things like – we want an office tower for $10 million dollars with 11 floors and 100,000SF. The project needs to be completed within 4 years. It may then go on to provide further detail on the usage of the spaces, requirements for consultants and services that are to be provided.

Contractors then assemble design teams and submit proposals to the owner. The owner performs a detailed analysis on the bids verifying that the proposals meet the requirements of the project and awards based on that.

The contractor and consultants then partner up to complete the design, documents, permitting processes and ultimately deliver the project.

Creating a team is one of the defining characteristics of design build contracts. If the project goes badly both the consultants and contractors will lose money. Therefore it is in everyone’s best interest for the project to go as planned.

That being said there are some pros and cons to the design build contract:

One of the new and more complex type of construction contracts is the Design Build Finance and Maintain model. Due to their complex nature these contracts are typically only reserved for some of the larges projects run by governments.

A Design Building Finance and Maintain type contract is very similar in nature to a design building contract with a few added complications. During the proposal process the contractor partners up with not just designers but a financial institution and a facility manager as well.

At the completion of construction the facility manager takes over the building and runs it for a set number of years defined in the RFP. The bank or financial institution offers lending to the owner. Essentially the owner has the length of the design and construction period as well as the maintenance period (which can be upwards of 25 years) to pay off the facility.

Utilizing the 11 storey office tower example, the process would work very similar to the design build construction contract example. The designers would be engaged by the contractor and they would collaborate to provide a design that works for the owner.

Because the construction team has a stake in the operation of the building often times the design process is much more involved. Owners create user groups which provide input throughout the design on how things like offices are laid out and spaces are used.

Once the construction team finishes building the office tower a facility manager takes over. They look after maintaining the building including janitorial staff and also maintain the building equipment (including mechanical and electrical equipment).

Finally during this whole process a bank is financing all of the work. They take care of paying all construction and design costs for the length of the project and then charges the owner a set amount per month.

This is a bit of a sensitive issue. There are plenty of articles online that criticize them. The challenge is that due to their size, when there are issues that the public sees they are usually large. As an example an over run on a two billion dollar project may be one hundred million dollars, however, in comparison to the size that’s only an over run of 5%.

Regardless, here’s a rundown:

During the start up phase it can often be daunting to have the conversation with your owner about a contract. It can seem intimidating and inexperienced owners may think you’re trying to take advantage.

For most industry veterans though a contract is a way to protect all of the people involved to ensure that if an issue arises there are rules and guidelines on how each party interacts. Having a contract on a construction project is one of the most fundamental requirements of any work.

What construction contract types have you worked under and what were their challenges? Feel free to share below in the comments.

Essential Construction is a construction technology company located in Ontario Canada. Founded by a group of experienced construction professionals our mission is to improve the construction industry through the sharing of information.

Our mission is to promote sharing within the construction industry.